​              The Spice that gives curry a yellow colour could protect women having hormone replacement therapy against breast cancer. Curcumin, the main ingredient of turmeric, stops tumours triggered by HRT treatment from either growing or spreading quickly, say researchers in the US. It also prevents the appearance of serious abnormalities in the mammary glands that can lead to the cancer. Curcumin, a member of the ginger family, is widely used in Indian and Chinese medicine for a range of ailments including Alzheimer's, rheumatism and abdominal pain. 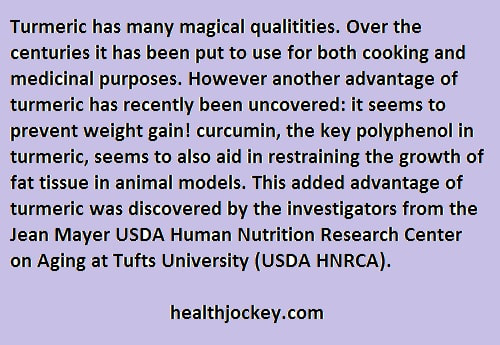